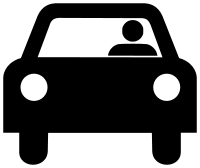 Did you ever play Mad Libs? I loved to play this game on long car rides when I was a kid. You could get books of them in the drug store, and best of all, your parents didn’t mind spending the money to get you a whole package, because it was “educational”!

Now the game has a new online incarnation: http://www.madlibs.com/, and you can even find an app to play it.

In Mad Libs there is a leader, who asks everyone else to give them words to fill in the blanks — but the leader does not tell the rest of the group the story until all the blanks have been filled in! Once the blanks are all filled in, the leader reads the story to much hilarity.

I created my own story, with a twist — it has numbers at the end that students also have to fill in. When my students finish reading out the story, they also read out and do the problems they have created. The particular problems you’ll see below involve factoring, but could be changed to suit any topic. The great thing about this game is that it brings in topics from English (interdisciplinary!) and story telling. It gets students laughing and more ready to do the problems, and it allows students to create their own problems.

Bonus: change the problem that is not factorable into one that is.

The word file here: mad-math-example gives you a better copy, plus some signs I made up to put around the room so that students would know what an adjective, adverb and noun were.

I invented this game at a What’s Your Game Plan workshop, with the help of Joe Bisz, Carlos Hernandez and Francesco Crocc. Much thanks, you guys!

The CUNY Games Network is an organization dedicated to encouraging research, scholarship and teaching in the developing field of games-based learning. We connect educators from every campus and discipline at CUNY and beyond who are interested in digital and non-digital games, simulations, and other forms of interactive teaching and inquiry-based learning.

Need help with the Commons? Visit our
help page Send us a message

Built with WordPress Protected by Akismet Powered by CUNY